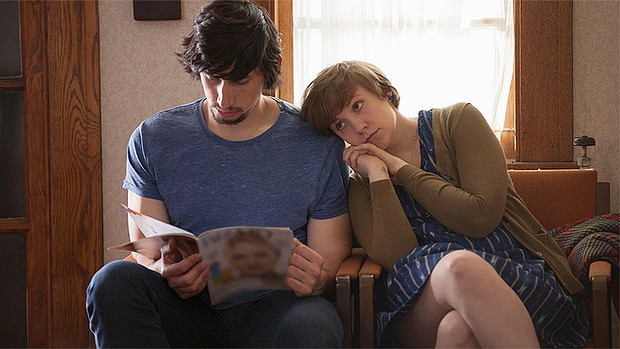 First up, I’d just like to say that I love Girls, and I think Lena Dunham is the best. Season 1 was, to use a cliche, a breath of fresh air. Even moving past the all too sad novelty of a TV show with a majority female cast show mostly written and directed by a woman, it was human, natural, brutal and bloody funny.

Season two started in riotous form; the Donald Glover break up episode in particular reduced me to tears. Then in the middle it had a run of some of the best episodes of TV I’ve ever seen. Absolutely sumptuously crafted and often painfully close to the bone, it was a treat to tune in each week.

However, the season just kind of fizzled out. But not before a particularly galling finale in which the girls of the title seemingly lost all agency and relied on their male counterparts to solve all their problems. Especially in comparison to season one’s heart wrenchingly brilliant finale it felt really out of place and a severe let down.

I started writing this piece before episode 7 of season 3, but it’s just reinforced my thought.

Season 3 has been pretty good so far, took a couple of episodes to get started, and was far too Jessa heavy upfront, but it’s in a groove and a nice mix of funny and touching.

But there’s something that’s really bothering me.

Ms Horvarth has always had an incredible knack for putting her foot in her mouth and making us cringe with embarrassment; for me mostly in empathy and horrid recall of my own social failings. However in season 3 there has been slightly more to it. Hannah has often been just downright nasty.

Part of my distaste towards the end of season 2 was that all the characters became pretty horrible, bar Hannah who was struggling with mental illness and losing her boyfriend and one of her best friends. Sure she was still an absolute fecking eejit, but in the way we all are eejits.

Hannah, Adam and Ray have always been the best drawn characters, and for me the show suffers when they aren’t at the centre. No one ever tunes into Girls and says “Oh goodie, a Marnie episode” (and certainly has never said it about Jessa). Shoshanna is still great but a whole half hour of her unfettered would drive one to eye boggling.

For season 3 though, this means when we’re focused on Hannah, the new found nastiness is really exacerbated. The absolute nadir of which was when she retold Adam the fake dying relative story his sister had relayed to Hannah. I was slack jawed at the pure meanness of it, but I could pull any number of examples. Her behavior at her boss’ funeral, throwing Adam’s sister out (she was dead annoying, but it was pretty harsh), her childish behaviour with her new fellow co-workers and just recently inviting Elijah et al around and ruining Marnie’s party.

The thing that I really don’t get about this is that the show has been calling Hannah out on her behaviour. Her boss’ wife throws her out of the party; in this week’s bloodletting pretty much everyone rounds on Hannah and imparts some choice words, but amid Shoshanna delivering a vocal beat down to anyone in a 5 meter radius.

So if it’s an intentional character development, it doesn’t seem to be coming with any rationale. It could be because she’s happy with Adam now, but if so they haven’t actually set that up as where the show is headed. She just seems to needlessly nasty all of a sudden. And due to the focus on her character it’s making me not enjoy the show as much. I enjoyed endearingly awkward Hannah much more.

As a total aside – did I miss something or did Adam get over his anger about his sister being chucked out really quickly by never mentioning it ever again?